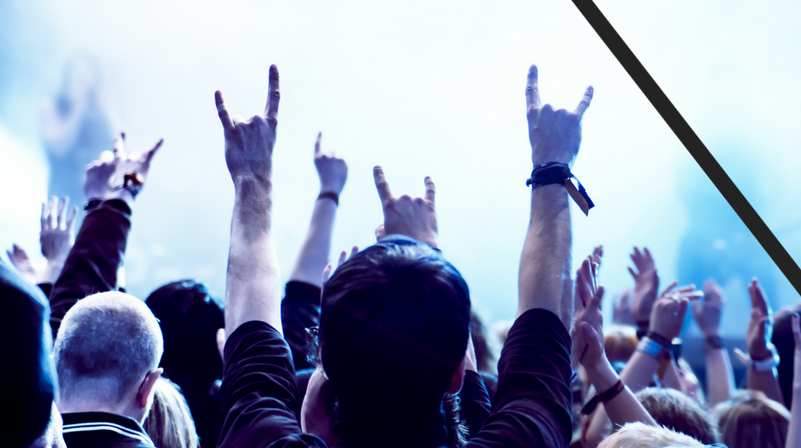 There’s no doubt about it, music in the workplace can get the creative juices flowing and improve productivity, but for me, the type of music is key. With the system at Ledger Bennett, we have a choice of 30 million tracks at our fingertips, so no two days should ever sound the same, right? Wrong.

Now I’m a firm believer that if everyone liked the same things in life, it would be a very boring world. But when it comes to music at work, the ‘popular’ Top 40 is normally repeated multiple times a day, upstairs AND down. If you’re not a fan of contemporary pop, then chances are you’re not going to enjoy much of the office audio experience.

So, taking into account my parent’s music influence, I have a very eclectic taste in music, spanning over six decades – when my music library is on ‘random play’, it truly is random. However, my mainstay, or core music genre, is hard rock/heavy metal and as you can imagine, this type of music doesn’t make for a harmonious workplace – especially to those who do not appreciate the ‘artistry’ and ‘complexity’ of these genres. Which is why I find myself more often than not, wearing my headphones and drowning out the top 40 with it.

So, does this ‘go to’ attitude really make me any different to those choosing ‘pop’ music?

Unfortunately, people tend to pre-judge those who listen to rock/metal music and that’s a shame. Hopefully, my reasons for why I listen to it will go some way to dispel a few of these stereotypes. I’ve even included a few examples that I like from my music library for reference.

Those who criticise hard rock/heavy metal for being too loud and aggressive are spot-on. And I revel in these qualities. There are many reasons why. For starters, loud and aggressive is energizing and motivating. Sometimes there’s no better way to get the day started, or to get through the day, than to put on something that is fast and hard. It helps me focus and concentrate on a task or to overcome challenges.

Contrary to what outsiders may think, it’s sometimes aggressive nature helps me cope with stress. The lyrics, which often deal with sensitive and real subjects, speak to me as I relate to them. In this sense, it can be calming and soothing. That’s one of the big shockers for people who don’t understand it. Who says music that calms you has to be sad, soft, whiny and depressing?

As I’ve said before, I can and do appreciate other genres, but essentially, I live and breathe hard rock/heavy metal. And I often wear it like a badge. There aren’t many rock/metal fans that don’t own a concert shirt? What other fanbase has made a band shirt a part of their wardrobe, a uniform if you like?

Concerts, big or small, are part of our socialization. They are where we go to congregate with like-minded people. We share stories, we drink, we mosh, we bleed, we release. Although the moshing and inevitable bleeding is now left to those younger in years than me.

The Fans Are Real

When I hear a band I like, I dig deeper. I find out who influenced them and then go listen to them. I’m also loyal, almost for life. Metallica has had fluctuating success through the years, yet I still buy their albums, go to their gigs, etc. In comparison, as soon as Coldplay ripped off Joe Satriani (the case settled out of court which, in my eyes, is an admission of guilt) a lot of their fans gave up and dropped off the face of the planet. It’s just a shame Coldplay didn’t!

From writing their own music, to mastering their instruments, heavy metal/hard rock bands and musicians are infinitely more talented than the average pop, R&B, hip-hop, or country artist. That’s argumentative, I know, but if you look at the crediting notes of just about any other genre of music, you’re unlikely to find the band wrote the songs.

In my opinion, sampling an existing song, looping it, putting a beat over it and auto-tuning bad lyrics, does not equal talent. That’s knowledge and the skill to use a computer and mixing board.

When you look at polls about who is the greatest drummer, guitarist, etc, which genre do they usually come from? Heavy metal and rock. That’s because they push the limits of their instruments, trying to achieve greater proficiency.

So, in future, if you hear me whistling while I work, rest assured that inside I’m probably moshing!