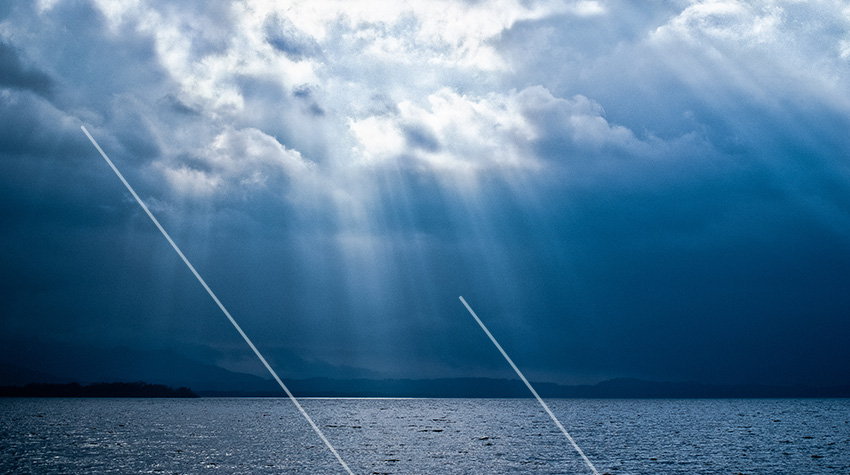 Batch and blast emails, broken pipelines and inefficient data capture technology… Welcome to Hades, a place I once called home.

This is where my story begins, in the depths of sales hell, surrounded by the demons of impossible targets, unrealistic expectations and a hostile marketing department. With nothing but an incredibly simple web tracking tool and the clothes on my back I was tasked with generating leads in the midst of an inhospitable environment using a few measly digital breadcrumbs. ‘IP address’, ‘country of origin’ and ‘viewed content’ were all collected as prospects gazed at our website, but that was it!

Welcome to Hell… Population: ME

Armed with this information, I was expected to trek the land and identify prospects from the data supplied; an impossible task with such little to go on. Knowing a prospect is from Microsoft is all well and good but with over 90’000 employees, actionable first contact remained an impossible dream! As I worked in resignation, the fundamental defects of the system quickly dawned on me. While marketing continued to blame the sales team and throw their legendary fires of rage in my direction, they failed to recognise the real cause of their problems; a complete lack of actionable data.

Doomed to float in the river Styx for all eternity, I was stuck in a perpetually failing cycle, taking the blame for the flaws of the system. There appeared to be no escape, no light at the end of the tunnel; the tunnel had caved in and I was trapped underneath the debris, helpless. Despite my predicament I managed to squeeze myself out just long enough to secure an escape route and a new role (at LBGDA), it was here that I was introduced to the almighty power of marketing automation and Marketo.

After spending so long fighting the foreboding currents of the damned with nothing but a rubber dingy, I finally had a paddle, and the necessary tools to escape the blame game and begin my journey out of Hades altogether. For the first time I was able to work WITH Marketing to improve pipeline performance. This unfamiliar alignment was empowering and gave me the strength necessary to progress upstream, with shared responsibility for prospect management, the unsubstantiated blame no longer fell at my feet.

After rowing haphazardly against the powerful waves for what felt like an eternity I finally arrived on dry land and began to take my bearings. With the demons behind me I started to evaluate how the tools that lay at my feet could be used to escape sales hell once and for all. I now had the opportunity to use and refine a custom built toolset to alleviate the very problems I had become so familiar with. My new role offered me the freedom to stamp my own personal style on prospect recognition and in doing so carve my own escape route. It soon became apparent that my efforts working in a broken pipeline had yielded a unique perspective, one I intended to use to full effect…

Staring at the tools that lay in front of me, I felt somewhat apprehensive. Working with such basic data capture technology in the past had ill prepared me for the immense power of the Marketo marketing automation platform. Thankfully these concerns soon subsided, not only was Marketo easy to use but it also came with a step by step guide, I had found the blueprint to freedom and for the first time believed there was more to sales than fire and brimstone.

While Marketo’s blueprint provided me with the infrastructure I needed to learn and develop I soon realised the limitations of the template, it dawned on me that if I truly wanted to escape once and for all, I’d need to get creative. Armed with a good understanding of marketing automation I started to experiment, and thanks to the immense measurement capabilities at my fingertips I was able to quickly recognise what worked well. Approaching the dilemma with an open mind I mixed up everything I could think of, from the tone of voice of my email communications, to how often I followed up on leads. This trial and error approach quickly produced the data I needed to make educated decisions about how to use the systems at my disposal.

Progressing with this strategy I soon discovered that every prospect had their own unique foibles and required a carefully designed battle plan all of their own. A one size fits all solution did not exist; understanding and appreciating the needs for a customised sales approach was perhaps the biggest lesson I picked up on my travels. With radically different buyer journeys, pains, budgets and time frames it was impossible to genuinely meet prospect needs with a cookie-cutter sales pitch. Adapting to this new realisation the pace of my progression increased significantly. I was now climbing out of purgatory at breakneck speed, I had shed the weight of misunderstanding and could finally see the light of the Promised Land, teasing me from above.

Before reaching the surface of Valhalla I had one final lesson to learn. While the need for personalised pitches had empowered my sales techniques it had also thrown a few final hurdles in my direction. With prospects taking more time to prepare and approach, prioritisation soon became necessary, fortunately marketing automation had me covered (once again!). The Progressive Profiling capabilities of the tools at my disposal did much of the hard work for me, I was able to collect information piece by piece and build a targeted plan of attack for each individual opportunity. With this mastered I had refined my sales techniques and developed a system where I could automate much of the preparatory processes. I now had the infrastructure in place to constantly drive opportunities and with this new found power I broke through the surface into light…

Bursting out into the open, I gazed at the clear skies before me, triumphant. As I slowly adjusted to my new surroundings I took a quick scan of the horizon, as far as the eye could see laid opportunities just waiting to be explored. I had left the life of sales servitude behind and was now firmly placed to start harvesting genuine prospects. I was finally free and ready to play my role in a sales process that regularly yielded positive outcomes. This is how sales should work! I’m glad I figured that out before I drowned in a sea of misaligned marketing departments, poor nurturing systems and a radically broken sales cycle. It really doesn’t have to be this way, and don’t let anyone tell you otherwise!

If you wish to learn more about Sales and Marketing Alignment, please check out our guide. Or contact Victoria Le Geyt at vlegeyt@ledgerbennett.com or call 08458 383883