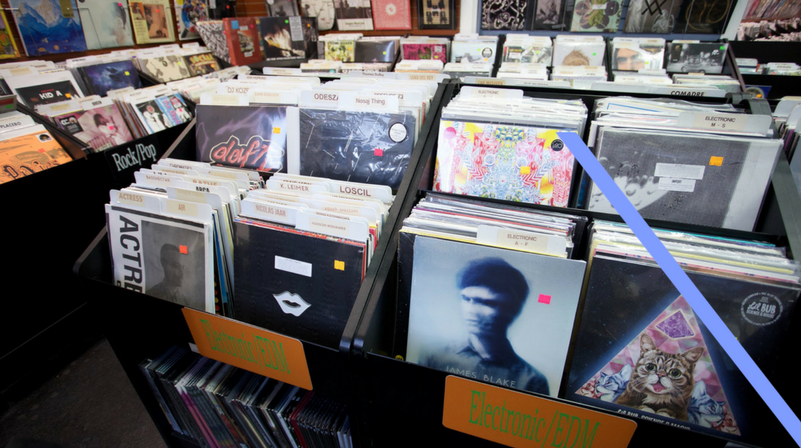 I would argue the most important creative tool I have to HAVE with me at all times is not my Mac – or my absurdly large collection of pens and notebooks (try leuchtturm1917.co.uk, if Moleskine is not fancy enough for you) – but my headphones.

Every designer I know listens to music while working to some degree, and no matter what the task (apart from one – more on that later), there always seems to be music to make it go smoother or faster or just more fun.

When I analyzed my musical taste, I realized that like most people, it’s all over the place. I did spot a few trends, and one in particular – escapism. You won’t find any socially-conscious protest songs here, (or anything bleeding-edge cool) – just stuff that puts my brain in the mood to work better.

I had been asked to pick five tracks that I design to – a difficult task. So instead, here are the three main situations I where I need music, and what I often reach for:

Lyrics can be very distracting – I don’t want to hear someone else’s clever thoughts verbalized when I’m straining to get my own idea. So instead I go for movie soundtracks (orchestral/electronic) – my favorite route to that elusive ‘creative zone’:

Sometimes you just need to cut the chat and crack on. So I need a wall of sound and (occasionally) an angry lead singer:

Upside Down and Inside Out – OK GO

When I’m getting close to a deadline, and need to chill out a bit

Time moves very fast when you are approaching a deadline. So this is what I use to lower my heart rate a little…

And the ONE task where I can’t listen to my music when I’m designing? When I am previewing track after track (after track!) on Audionetwork.com – to use in one of our video projects.