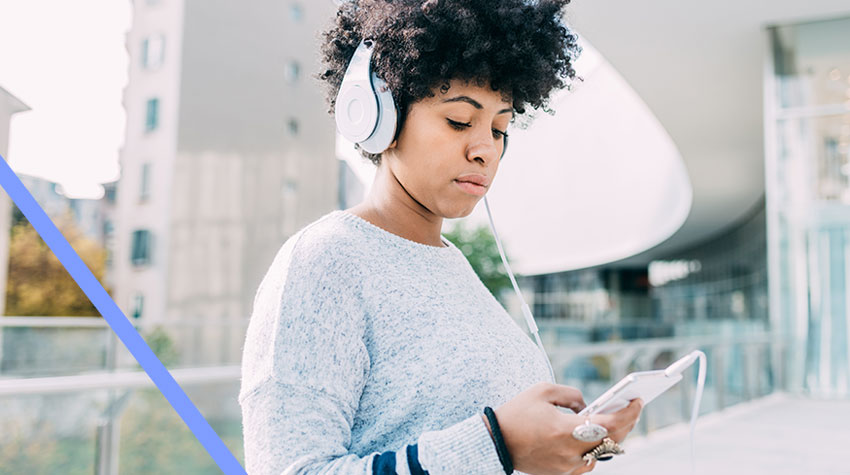 At a high level, advertising on LinkedIn has it’s pros and cons. We’ve seen a ton of upside when tracking down to revenue. The up front costs will be higher than other channels, but the lead quality that can be generated through the targeting capabilities is high. Targeting your audience through either their career qualifications or your ABM list offers a very focused look at who you can reach. For reference, we are referring to Sponsored Content ad type**

The video set up for paid LinkedIn campaigns will be similar to what you’re used to. Unlike Facebook, LinkedIn doesn’t keep playing the video if the user scrolls past. Best practice (if you’re driving action/leads/or traffic) is to have 10 seconds or less, setting up your content or company. The videos will auto play as the user scrolls past in the news feed.

For the static ads, there are some advantages. Don’t get me wrong we still run a high amount of static ad campaigns. It makes it much easier to test imagery, it’s not an easy lift to iterate video files against one another. So you could be stuck testing only description, headline and CTA.

Text Requirements for Both Video and Static:

The following applies to both Video and Static breakout:

When users are on the platform they are usually in a professional mindset looking for engaging content to further their careers. LinkedIn excels in offering targeted advertising by job function, titles, seniority, industry, etc. To increase their ad type offering, (a battle which they are currently losing with Facebook) they recently launched sponsored video ads. We’ve got information and resources on different ad type comparisons related to advertising on LinkedIn.

The sponsored video ads feature on the LI feed that we all scroll through. When a user sees a video, it will automatically start playing. In a recent survey of professionals, 62% of users agreed that video is the most important way to reach and engage professionals.

After running several successful video campaigns on Facebook, we had an idea that LinkedIn would optimize and serve interactive media over static images. Of course, we set up a test.

The caveat here is that there hasn’t been a full month of data, but we have had a lot of clients and coworkers take interest in how video was performing on LinkedIn so we thought we’d share our initial thoughts.

We set up campaigns to custom matched audience lists that put image ads side by side video ads. For both ad formats, we integrated with lead generation forms, offering LinkedIn members a seamless user experience. We launched all campaigns to identical audiences, targeting, and budgets to let the platform optimize itself. After a week being live it was clear to see that the platform was showing the video ads more frequently so impression, click, and spend figures were drastically different.

To even the playing field, we looked at the efficiency and engagement metrics. For lead generation campaigns, video ads are effective in driving form completions and users have a higher propensity to submit a form from a video rather than a static ad.

After just two weeks, the only thing that static ads had over video was a 20% lower CPC. Looking further down the funnel video ads performed at a 254% higher form completion rate, 276% higher conversion rate, and a 68% lower cost per lead. We went into the test imagining video would perform better, but we had no idea HOW much better. And to all the naysayers that are thinking, “probably from 1,000 impressions and low spend”, this was from almost 75k impressions and over $7k spend.

There are theories that as a new initiative, LinkedIn is going to optimize video, but why not take advantage of it?!  We ran the identical test on the Facebook platform and saw the volume of video conversions was less than the static image, but the cost per lead and conversion rates were more efficient.

Video seems to be where engagement ads are heading. We recommend running your own test for your short, engaging video content, but as far as we’re concerned, video will feature in all our LinkedIn campaigns moving forward!