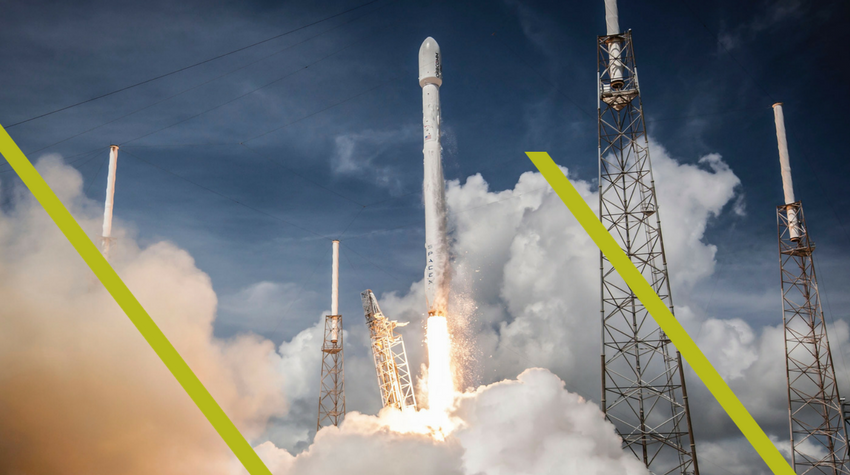 The only rocket I have ever built was made from ‘hands that do dishes can feel as soft as your face…with mild green…Fairy Liquid.’

It wasn’t much of a spacecraft – it’s difficult sticking stuff on plastic.

So while I dreamed of flying to the moon with my plastic bottle, scientists were actually doing it.

With dedication and hard work, we can all become rocket scientists.

All you need is a degree in physics, chemistry, aerodynamics, propulsion, communications and mathematics. And a Masters in these fields doesn’t hurt.

Then you can apply for a job with NASA, start earning a six-figure salary and begin work on a Brexit mission to find a suitable planet we can all escape to. Easy?

What you will find of course is that you can’t build a rocket on your own. Other scientists make up the team. There’s a lot more goes into a rocket than just washing up liquid y’know!

Someone said the other day “Modern Marketing, I’m not really sure what it is. It’s an amalgamation of things I suppose.”

It still starts with an idea. So, let’s do an ad for example, let’s say it’s for a washing up liquid. All sounds familiar doesn’t it. Until that ad or idea becomes an email or a banner or a blog or an interactive eBook etc. And that’s when the scientists take over.

Modern Marketing has moved alongside the greatest technological advancements we have ever seen. Smart products now mean smarter marketers. Modern Marketing has walked hand in hand with every social platform that’s ever arrived. It must also work alongside new software and new working practices.

Modern marketing can only be achieved with a team of marketing scientists.

Some crazy marketing technology professors, the odd Demand Centre Einstein. Then there are the Dr. Jekyll and Mr. Hyde programmers who write in code. Some smart Alec analytic and data brainboxes who dissect information. Funky social gurus who live and breathe Twitter, Linked in and Facebook. Flight path controllers need to see what’s inbound and what’s out. You need a control room of the most advanced technologies that can track ‘n’ trace anything and everything in the world. And finally, you need pilots to steer this modern marketing craft – these are your managing directors.

Today’s Modern marketing doesn’t stay modern for long remember. A day is a long time in marketing and tomorrow everything could have moved on. The pressure on all of us scientists is to make sure our mission delivers results.

So, as you can see it takes an amazing crew of dedicated, intelligent individuals to fly this modern day marketing machine.

Right, whose turn is it to wash up?